Resurgence of Hope & The Powers of the Universe 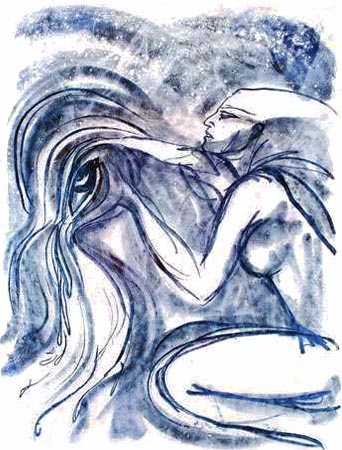 The Resurgence of Hope with Brian Swimme & Mary Evelyn Tucker
At the Whidbey Institute, Clinton Washington on October 15, 2007
We know that we live in the midst of the demands of global ecological crisis, social breakdown and personal grief. Yet at this critical moment in Earth’s history, many people now sense that we have arrived at a new moment of hope. It is a phenomenon that is taking hold in the hearts and minds of engaged people around the world.

The whole universe is biospiritual. Not only humans have a soul. What distinguishes the human from other animals is that we can externalize consciousness in enduring symbols. Therefore we live inside a species that has collective learning over time. Cultural learning is about 100 times faster than genetic learning. The cybernetic system of Gaia—the biosphere/hydrosphere atmosphere/climate/life relationship took 4 million years to work out. With our knowledge we are now a comparable force. We are now planetary in terms of time.

The destruction of Earth’s ecological systems is a consequence of not inhabiting our cosmological being. We are witnessing the end of the Cenozoic era and the birth of a new Earth era. We are participating in building a new era of Earth history. So the news of the collapse will prevent us from settling for something too small. What aspects of our consciousness are holding us back from being cosmological beings? We are Earth. We are Universe.

The Powers of the Universe with Brian Swimme

Brian Swimme is a noted author, lecturer and teacher of evolutionary cosmology at the California Institute of Integral Studies. The cosmological powers of the Universe are coursing through us moment by moment. What does this mean for our role and responsibility on the planet today?

Brian and a group of colleagues met recently to ask the question: What are the values of contemporary society that are causing so much destruction? They came up with 17 mal-adaptive values and Brian compiled them into 10. He spoke about each in terms of the 10 powers of the universe. Brian also shared how each of these mal-adaptive values could be morphed into ones that would transform us into cosmological beings.

If you would like to order signed, archival fine art prints, write down the ID Code of your chosen images and click here to order. Images can be enhanced with color. If you are interested in purchasing an original or receiving permission to reproduce, contact us at center@touchdrawing.com. 20% of proceeds from the sale of prints and originals will be donated to Whidbey Institute.